eSports FIFA – All You Need to Know as a Bettor

eSports are a rather whimsical beast. There you have a world fascinated by the game of foot-the-ball. Throngs of fans share in the triumph of their favorite team and a new trend is born. Then, even when given a chance to become veritable football stars themselves, the majority of people opts for escapism.

FIFA 18 has done an outstanding job of boosting its visuals. Gone are the choppy animations of olden days that have bogged down the entire franchise for years. The new Real Player Motion Technology has really upped the ante. With seemingly flawless product, eSports bookies have decided that the times are auspicious to rev up their offering on FIFA eSports betting. 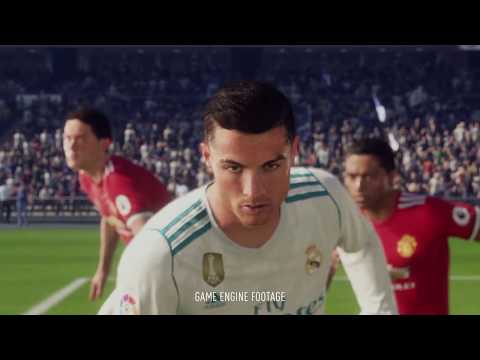 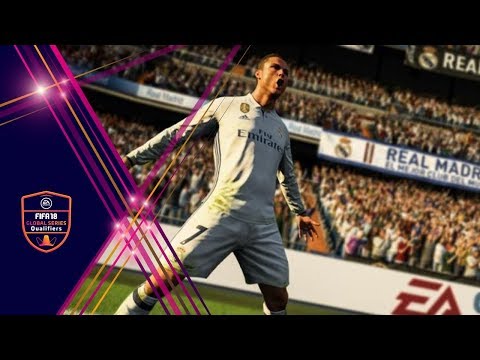 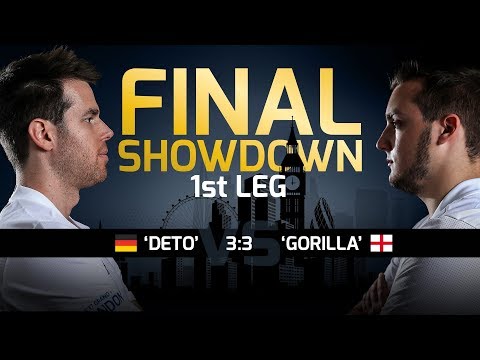 Bet on FIFA at:

Let us examine FIFA 18 and the franchise, then and see what FIFA esports and betting has to offer. In our review, we will look into:

FIFA eSports: A Foreword to a High-Stakes Derby

In the case of FIFA, there is another element, and it is not that of surprise. Just as with mainstream sports, branding power has had a huge impact in terms of how significant the game has become. FIFA betting is no coincidence, though. A plethora of Internet denizens have flocked to support the game. Many have participated in their own World Cups staged in the digital confines of the virtual reality.

At the same time, eSports bookies have benefited from the raptness and enthusiasm of fans, who, at the apogee of their ardor, want to add an extra dimension and derive even greater joy from football, FIFA, and probably the universe in general.

What are the Best FIFA Betting Websites?

FIFA betting, or any type of betting for that matter, does not work that way. We have eSports bookies which offer odds, but they do not dedicate explicitly to one eSports title alone. With this in mind there are very distinguished leaders on the market and a passel of bookies who are rapidly cottoning on.

The best bookies out there have great offerings and are usually in the black, at least in terms of eSports betting revenues. Naturally, the top online bookies have been staunch proponents of FIFA betting.

Place Your Bets on FIFA

Be the goal master at one of these eSportsbooks

Betting on eSports FIFA in no different than other eSports. We have already discussed the most common types of bets, there are also options that do not involve real money but we’ll talk about that later on. Lets take a closer look into what’s available for FIFA:

Indeed, there is nothing specific about this type of betting, it involves lavishing funds on an internet wallet and injecting the sum at a bookie. Most betting sites also offer mobile applications, which allow you to keep track of your bets on the go.

Now, when we discuss game-specific types of bets, we ought to mention that there are two subcategories:

As the name suggests, this is the type of betting you do on the outcome of eSports FIFA matches. Unlike real football, FIFA matches are never tie, which is a pity, because in real sports betting you may hedge your bets on matches that you would expect to end up as ties. Those are the winning types of bets. But never you fear. Match betting in FIFA is just as lucrative if carried out carefully.

There is of course tournament betting or trying to guess who the winner of a whole derby would be. It is a good type of betting as it allows for high yields, but it also suggests that you embrace a sort of more precarious mode of betting, which we do not encourage, especially among younger bettors.

When discussing eSports betting in general, we ought to mention quite a handful of betting types. However, we will restrict those betting options to just a few more:

Perhaps you are familiar with this sort of betting. If not, then we will give you the crash course. Fantasy betting simply signifies that you make up your own team. You pick from a wide selection of players and you add them on your team and then you play virtual matches against other eSports FIFA enthusiasts. Fantasy betting is for some reason looked with more of a frown in the United States, but it is still a very powerful proponent of the betting enterprise as a whole.

Lastly, we want to talk about live betting. The omnipresence of broadcasting options has really contributed to the popularity of eSports as bettors tend to be a rather zappy lot and they like to fidget about. In any event live betting has proven a great source of revenues for FIFA bettors. Even though there are only a few select events you can truly place such bets, we believe their scarcity only adds to the exclusiveness of this type of betting.

Finally, we would like to remind you that live odds are mutable, and they change at a heady pace. It is not the type of eSports FIFA betting you want to be doing from the get go. Instead, cut your teeth on trying to guess which goalie will fail to catch the most balls.

The Long and Short of FIFA eSports Tournaments 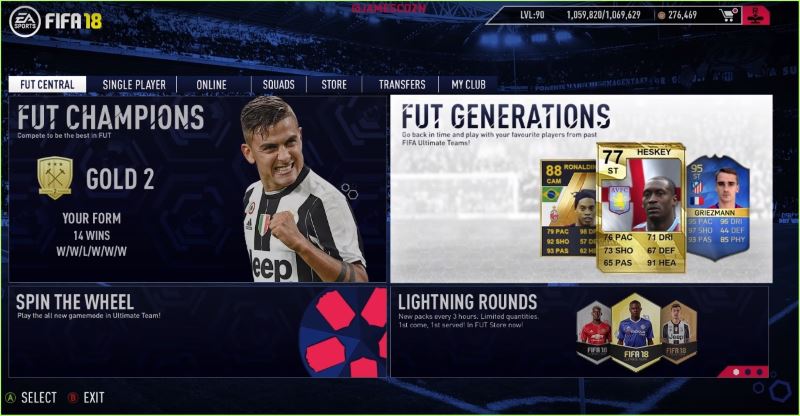 FIFA 18 has been advancing by leaps and bounds and dwelling on the past is somewhat futile in a world changing constantly. Speaking of tournaments, the limelight is stolen by the upcoming competition announced by EA Games and the organization known as the Fédération Internationale de Football Association (FIFA), which has given its name to the video game.

We hold this to be EA’s latest attempt at breathing life in the FIFA franchise as an eSports, an all too propitious opportunity for you punters. The tournament organized as a collaboration between the aforementioned is just the latest in a string of developments designed to whip up excitement. With no official prize pool yet, some of the best FIFA professionals will partake in the event, tempting bookies to throw in their weight in the field.

Here comes the time to make a curious albeit valid remark for FIFA betting. Without a fail, 90% of all eSports fail to turn a profit for the BOOKIES. Woe is them. Simple arithmetic would suggest that 90% of all punters score a profit. Esports bookies have been smug with FIFA. They have thought, ‘Oh, dear us! We can turn a downright profit on those gullible punters’ Not only that. Bookies have also been trying to convert bettors from one segment of betting, such as eSports, into mainstream sports, to no avail. FIFA has proven a somewhat good opportunity to set themselves up for debacle, once again.

However, the bookies took another drubbing from punters, apparently. Unlike people who bet on traditional sports, the enthusiasm of gamers is fueled by more than mere love for the physical. Casting themselves as football stars, bettors and players alike have taken to FIFA betting with zeal.

They have followed the best salaried professionals on Twitch and even on TV. 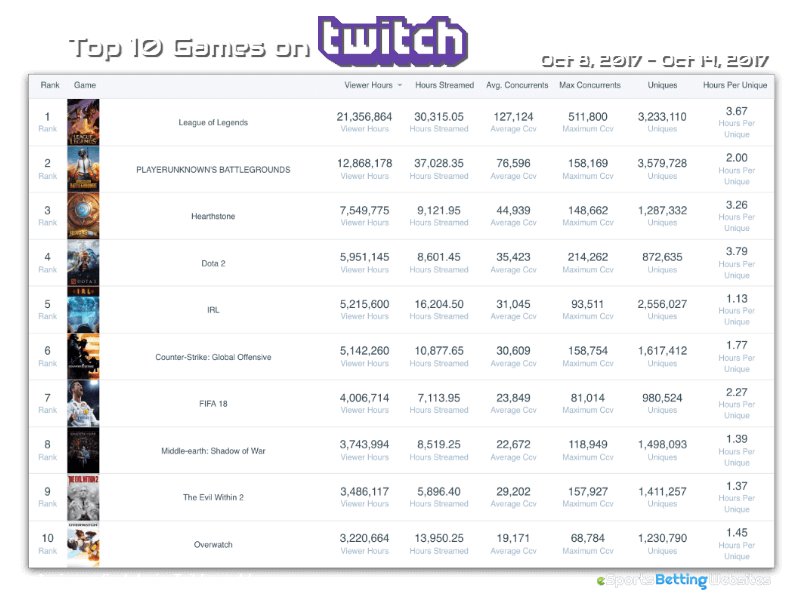 An even broader picture casts FIFA against the backdrop of all eSports title, ordaining it a more influential place in the pantheon of video games.

And the upshot of all the dedication of FIFA eSports fan has been plain and simple – we have taken the bookies to the cleaner’s time and again. This being the tournament section of our insight into the world of FIFA betting, we must admit one simple truth. FIFA is generating way more revenues in terms of branding and revenues from air time.

Nevertheless, as bookies continue to intensify their somewhat amateurish attempts at getting the hang of eSports betting, we the punters, will stand an even greater chance to turn a profit. In fairness, however, we ought to admit that not all bookies are making a loss on eSports offerings.

The Electronic Sports League (ESL) is one of the long-standing bastions of electronic sports. The League runs a host of Major and Open Cup events. Prize pools are still moderate, as EA is slowly shuffling towards introducing a more significant event. However, a boon is the frequency with which ESL announces such leagues. They generate a constant buzz around eSports FIFA and help keep the whole competitive scene vibrant.

Another major event, of course, is the FIFA Interactive World Cup, which will have its latest iteration renewed for 2018. The World Cup is the underpinning eSports FIFA event that has hefty prize pool and averages some $250,000 in prize money.

Admittedly, the landscape for FIFA betting is not that great, but there is an undeniable popularity about the franchise and we are certain that as long as there are electronic sports to speak of, FIFA betting will not go anywhere.

As we have argued, the plausibility of eSports FIFA falling from grace any time soon is next to impossible. The game will continue to forge ahead in terms of popularity and command an even great place among competitive titles. The reason behind this is simple. Everyone loves FIFA.

Footballers like to see themselves featured in the game. They raise a din if the statistics the game puts next to their names feel like they are a bit off. Professionals play FIFA and so do executives, managers and all sorts of people that have to do with real football. This poses a rather interesting question – where exactly do we separate between mainstream football and eSports FIFA and is there a way to tell which one is going to dominate the hearts of fans in future?

For the time being at least, the game of foot-the-ball is still well ahead in the hearts and minds of fans, but the world of football-dom seems to be increasingly reluctant to dispense with its virtual offspring. So much that football clubs are actually investing in their digital divisions to represent them.

eSports betting will continue to trend and no bubble is in sight. In order for more offers to spring out of the ground, bookies will need to burnish their offers for their own sake. Meanwhile, we the savvy punters will continue to turn a pretty penny on the bookies recklessness.

Another major event, of course, is the FIFA Interactive World Cup, which will have its latest iteration renewed for 2018. The World Cup is the underpinning eSports FIFA event that has hefty prize pool and averages some $250,000 in prize money. 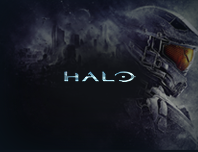 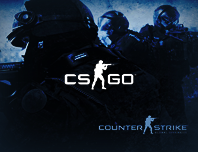 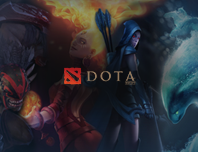 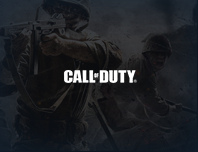 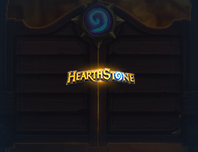 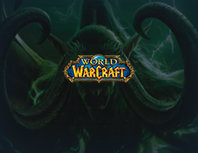 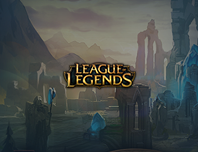 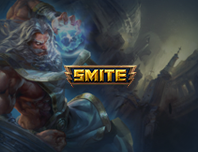 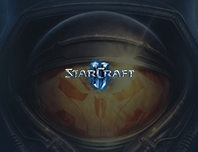 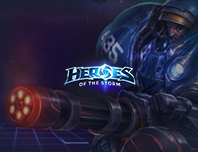